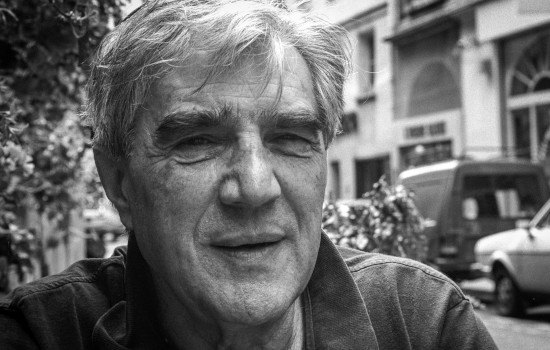 Lycée Hoche in Saint-Cloud, Lycée Condorcet and Lycée Henri IV in Paris, Faculty of Humanities of the University of Paris.

State Doctorate (providing access to apply directly for a Full Professorship), obtained April 9, 1962 from the Sorbonne.

Studied geomorphology, specialising in the dynamic structures of fallen rock; later developed his method of Arctic anthropogeography including development studies of Inuit and North-Siberian groups. Associate Director and later Director of Research at the French National Centre for Scientific Research (CNRS,1948-57 and 1979-1992, respectively), Director of studies in Arctic Geography at the prestigious École des hautes études en sciences sociales (EHESS) in Paris from 1957 on, first Chair in Polar Studies in the history of French Academia. Founder of the Arctic Studies Centre (Centre d’études arctiques) at EHESS/CNRS in Paris which he directed from 1957 until 2007; President of the French Foundation of Northern Studies (1964-75) and the French Arctic Society (1980-1989); founder of the famous book series of narative ethnography and life stories “Terre Humaine” at Plon Publishers which he directed from 1955 until 2021, and Founder-Director of the academic journal Inter-Nord published by the CNRS-EHESS from 1963 until 2021, now published online by MIARC; President of the National Commission of Polar Geography (1974-89), Emeritus Director of Research at the CNRS since 1992, President of the Training Centre for Indigenous Leaders of Northern Siberia and the Russian Far East and the Polar Circle in Saint Petersburg, Russia (1992-94), Honorary Dean of the Faculty of Northern Peoples of Herzen State Pedagogical University of Russia in Saint-Petersburg (1991), President (1994) and later Honorary President of the State Polar Academy in Saint Petersburg, now an institute of Russian State Hydrometeorological University in Saint-Petersburg of which Jean Malaurie is Honorary President for Life. In July 2007, he was named Good-Will Ambassodor of UNESCO in recognition of his engagement in favour of environmental issues and the protection of the culture and knowledge of the people of the Far North.

31 Arctic field trips, geomorphological and cartographic exploration of North-Western Greenland (since 1948), research in ecology, geomorphology and paleoclimatology, especially in Northern Greenland, studies dedicated to issues of development and cutral identity of circumpolar minority groups, socio-economic, ethnographic and ethno-historical studies, notably on Greenland’s western coast, in the central and eastern Canadian Arctic, in New Quebec and on the shores of Bering Strait and Eastern Siberia; First human, together with the Inuit Kutsikitsoq, to have reached the geomagnetic North Pole by dog sledge on May 29, 1951.